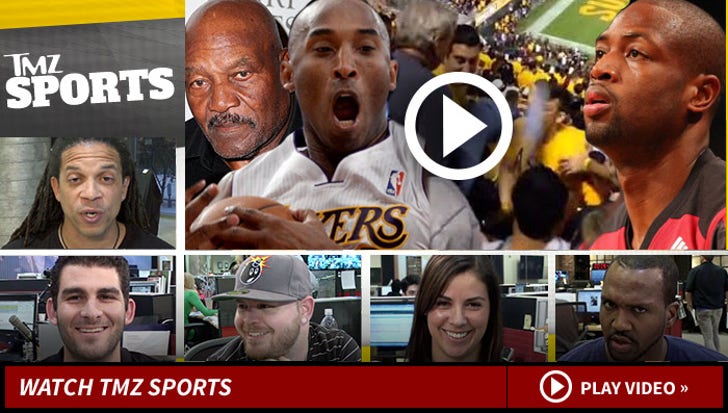 Kobe Bryant turned his back on a teammate and his culture by ratting out Shaquille O'Neal -- at least that's what NFL legend Jim Brown thinks. Do you agree with Jim ... is Kobe out of touch with African-American culture?


Plus, the "old guy" in that viral video from an ASU football game ... y'know the one where he straight kicks a student right in the face? Well, he joined us to explain why he went all Chuck Norris -- and turns out there's a baby involved!


And Dwyane Wade and LeBron James melt for another pop star. Hey, at least this time it was Justin Timberlake -- but what the hell's going on with these superstars-turned-fanboys??