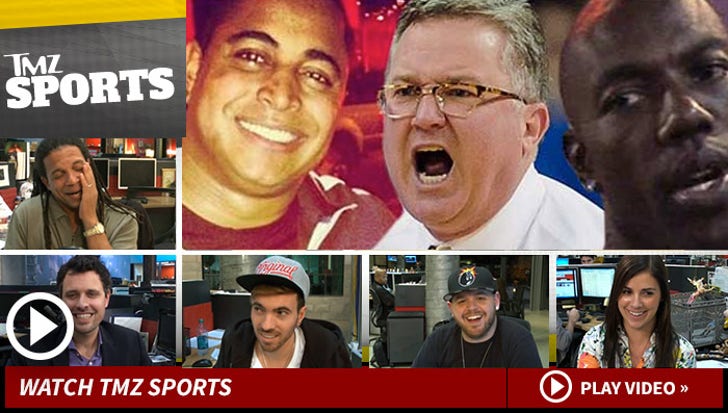 Jonathan Martin's definitely putting that whole bullying scandal behind him -- hitting an L.A. area nightclub over the weekend, and also a house party ... allegedly. JM's picking up the pieces, but Richie Incognito still can't play in the NFL. Is that fair?


Plus, the most awesomely angry, yet hysterical, coach's rant -- Southern Illinois University hoops coach Barry Hinson went off after last night's game, calling out players by name and even his WIFE! Coach Hinson's joined us with a very short list of regrets.

And Terrell Owens is known for his ripped physique -- so why put it on the line for fast food commercials? We think Deion sang it best ... "Must be the money!"