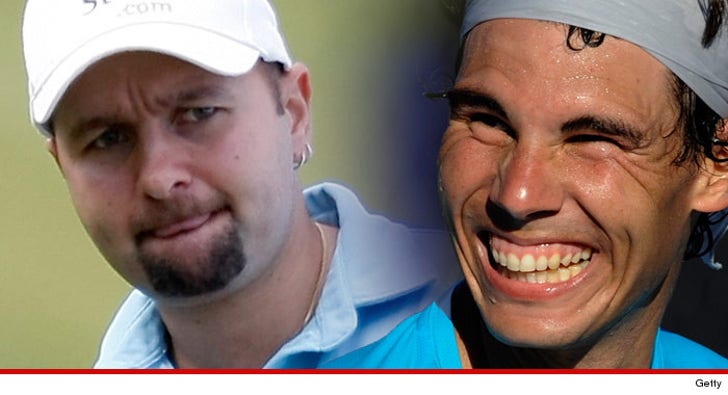 The world's number one poker player -- who humiliated himself by losing to Rafael Nadal in a live charity poker tourney -- is crying beginner's luck ... and now he wants a rematch ASAP, TMZ Sports has learned.

We spoke with Daniel Nagreanu ... who says he's still in shock that the world's top ranked tennis player publicly whooped his ass in Prague last week ... but he tells us, it was fate (and not skill) that lost him the game.

For the record -- Rafa had only been playing poker online for 18 months before the tournament ... and it was his first time playing in front of a crowd.

As for a rematch ... nothing's been officially set, but Daniel told us "I’m down and ready to go for a rematch! I’d win this time. Obviously. I’m suppose to win every time"

No reaction yet from Nadal ... he's probably too busy dominating whatever else he's doing.