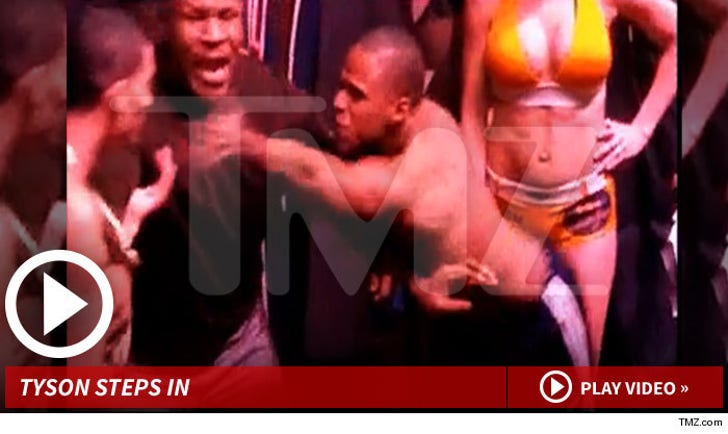 A fight broke out at a media event for a fight ... with Mike Tyson caught in the middle ... but this time, the legendary boxer wasn't escalating the situation, he was trying to quash it.

TMZ Sports obtained footage of Tyson promoting an event called "Friday Fight Nights" in Minnesota on Thursday ... when two of the young boxers started going at it right on the stage.

It started to feel like shades of the infamous Tyson vs. Lennox Lewis media event back in 2002, when they started brawling at a news conference.

But this time, Tyson got right in between the two guys -- who were pushing and cussing at each other -- and eventually broke the whole thing up.