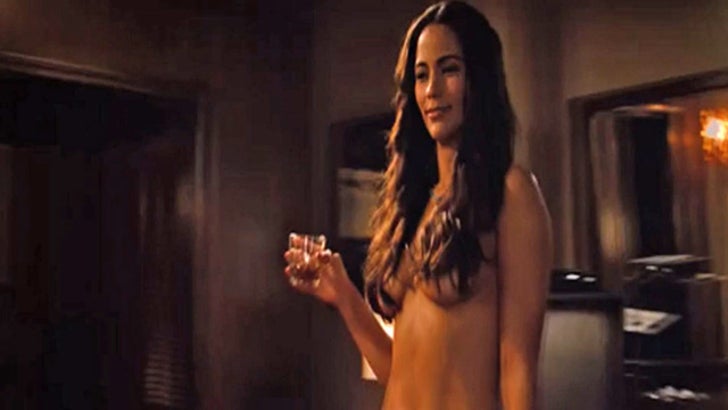 Bobby (Denzel Washington) kicks back and pours a glass of Remy Martin (mentioning it by name ... proclaiming it his favorite). Deb (Paula Patton) pours herself a glass, too.

Just one small problem ... that scene for the movie, "2 Guns" ... NEVER took place ... and that's why the famed French cognac maker is suing the filmmakers.

The fancy liquor company -- Remy Cointreau USA -- claims it made a deal with Brand-In Entertainment ... paying $50K to have its cognac prominently featured -- and mentioned by name -- in Denzel's movie.

According to the lawsuit ... the fine liquor didn't make the final cut. Thus, the lawsuit.