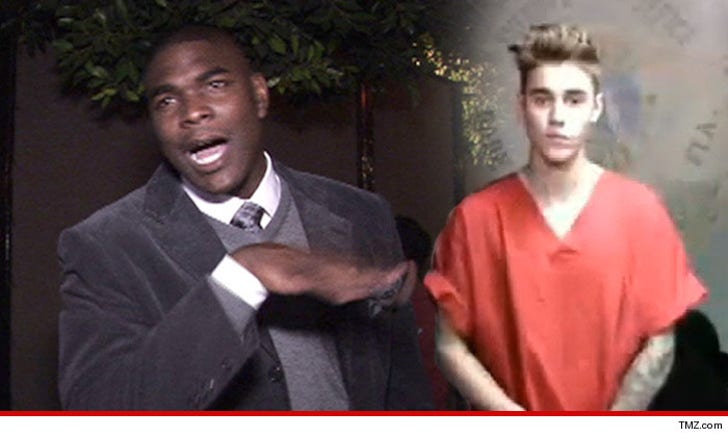 Keyshawn Johnson is PUMPED about Justin Bieber's arrest -- saying it was only a matter of time ... and he's glad it happened BEFORE someone got seriously hurt.

Keyshawn's been beefin' with Bieber for a WHILE -- ever since he confronted the singer for dangerously speeding through their Calabasas community back in 2013.

At the time, Keyshawn blasted Bieber as a danger to the community -- saying he was showing a complete disregard for the safety of his neighbors.

Moments ago, Key went to Twitter to express his emotions over the arrest -- saying, "They finally caught HIM! Glad no one was hurt, no kids in the street. Everyone grows up at some point. Hopefully he learns from it."

Key continued, "The scary part is grown adults who are w/ him aren't protecting him from himself! All looking for a quick buck. Learning experience for all."

Eric Dickerson, another one of Bieb's neighbors who had complained about JB's dangerous driving in the past -- also expressed joy ... tweeting, "It's about time! Nobody's above the law!" 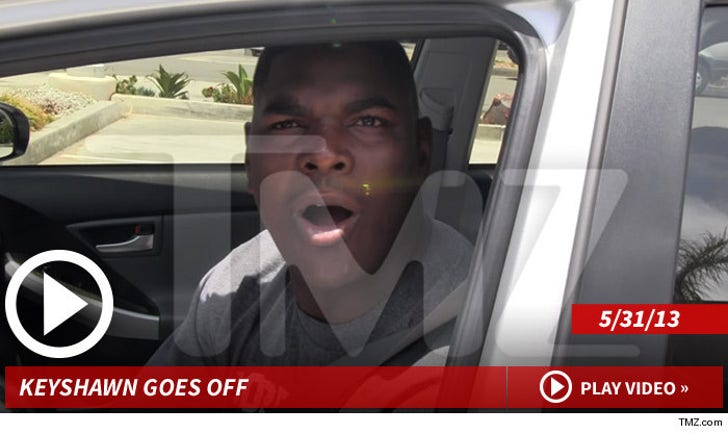