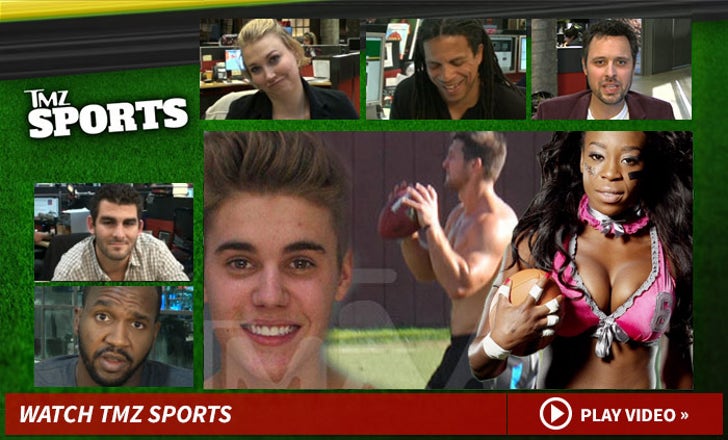 Justin Bieber's arrest has a bunch of superstar athletes celebrating -- because they live in his neighborhood and deal with his hijinks on the daily. Who's doing a touchdown dance, and ... is it cool to toast someone's downfall.

Plus, Tim Tebow goes topless on campus! The former Heisman winner's jumped to the broadcasting booth, but the shots we got of him prove he hasn't given up completely when it comes to staying in game shape.

And Alabama running back Kenyan Drake said women don't understand football -- but L.A. Temptation's football star Ogom Chijindu joined us to prove he's dead wrong! You gotta see how she put it back in his face.