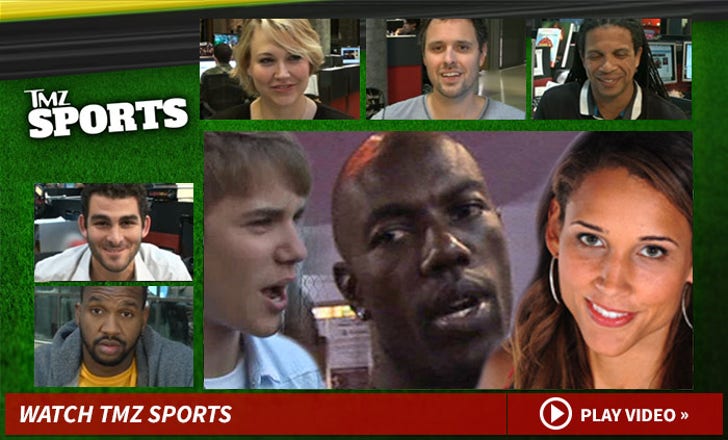 The chick who was partying with Justin Bieber when he got arrested is also Philadelphia Eagles star DeSean Jackson's ex-GF -- which got us thinking: Is JB an upgrade or downgrade? DeSean's finally talking about the arrest.


Plus, Terrell Owens gets married ... and keeps it on the hush-hush??? Mr. Flashy quietly tied the knot in a courthouse -- so, why the big secret?


And Lolo Jones' spot on the U.S. bobsled team has the track star's haters coming out in force. Is it because she's too hot, or too unqualified?