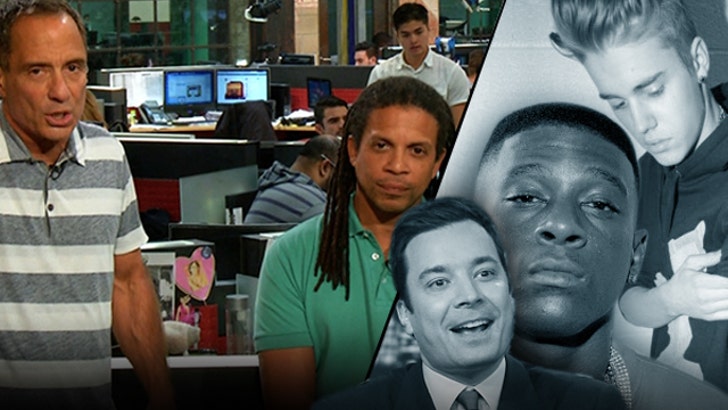 Jimmy Fallon's like a mafia boss -- or at least NBC is using him that way -- forcing celebs to declare loyalty to the Tonight Show and all the other NBC shows ... and stay off the other network programs. Is that unfair or really smart business?
Plus, Justin Bieber's long-awaited jailhouse urination video is released, and uhh ... can we say ... what's the BIG deal? Is Miami PD giving JB too much credit?
And, rapper Lil Boosie was released from prison -- and if this doesn't seem like a big deal ... you're SO WRONG. Raquel and Van explain.