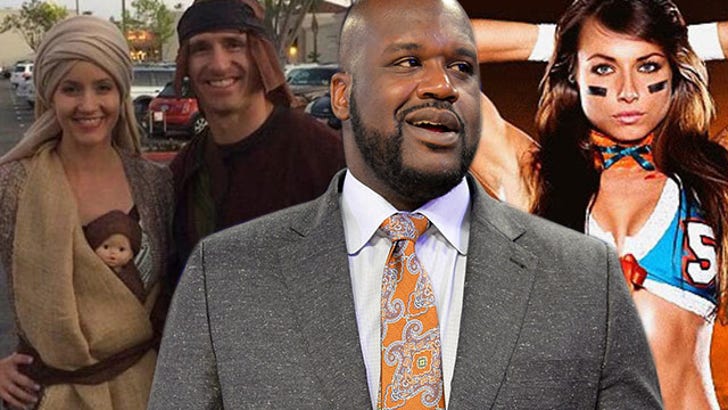 Drew Brees threw on his best Noah costume to go see the movie ... exposing a couple of things about himself. Some fans are wondering -- is the Saints QB really a dork, and no one's known it?

Plus, Shaquille O'Neal is under investigation for injuring a co-worker at TNT. Looks like the guy was victim of a prank Shaq pulled on lots of people ... including Charles Barkley. Does the victim have a case?

And the hottest women of the Legends Football League are revealed ... and #1 might be a real shocker ... considering her NFL pedigree.