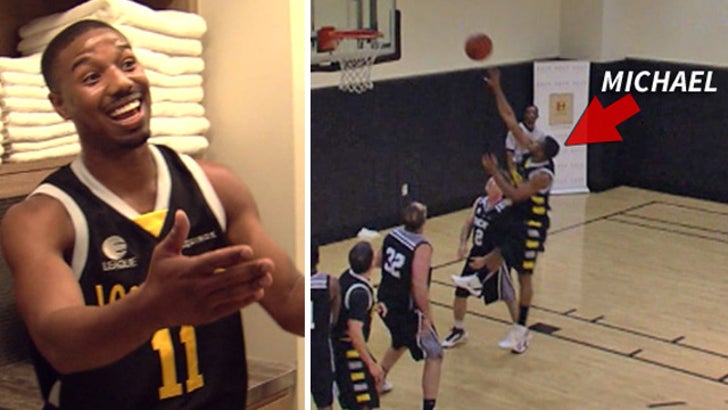 Michael B. Jordan is playing up to his name -- BREAKING ANKLES with a sick crossover in his celebrity-filled basketball league ... and TMZ Sports has the highlight footage.

The "Fruitvale Station" star -- who's also signed on to play the Human Torch in the next "Fantastic Four" flick -- was burning people up during a game in the acclaimed E League at Equinox gym in L.A.

Jordan can shoot, pass, rebound and plays lockdown defense -- and led his team to sizable victory this weekend.

But Jordan's clearly one of the better players in the league -- and the proof is in the video.