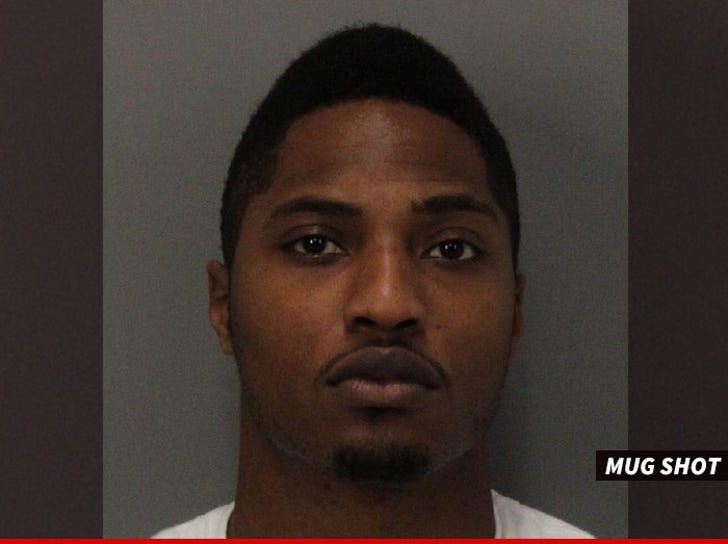 San Francisco 49ers cornerback Chris Culliver made a horrible situation way worse when he allegedly drove into a bicyclist ... threatened a witness with brass knuckles, and then fled the scene -- all of which landed him in jail.

San Jose police say Culliver hit the bicycle rider shortly after 10 AM today, but when he drove away from the scene a witness followed him and eventually cornered Culliver.

Police say the Niner was brandishing brass knuckles when he got out of his vehicle to confront the witness -- but eventually got back in his car without incident ... and fled again!

Cops eventually caught up to Culliver and arrested him. He was booked for felony hit-and-run, weapons possession, and reckless driving.

The cyclist was treated at a hospital for minor injuries.

Culliver is the same guy who made headlines 2 years ago when he said he wouldn't welcome gay players in the locker room.