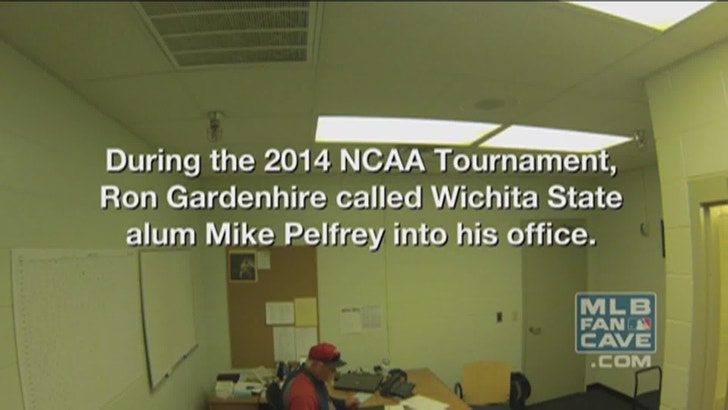 Twins pitcher Mike Pelfrey thought it was his moment to be a hero -- he was getting the chance to pump up his alma mater Wichita State before an NCAA Tournament game -- but instead he was getting punked by his teammates.

Twins manager Ron Gardenhire helped pull off the stunt ... calling Pelfrey into his office, and telling him he had the undefeated Shockers on the phone -- and they wanted the pitcher to deliver an inspirational speech before their game against Kentucky.

You gotta see how it plays out ... it's hysterical because Pelfrey CHOKES. Hard.

How hard? The highlight of his speech was ... "Just go out there and win, and that'll make everybody happy."

Hardly Rudy-esque -- though ultimately it didn't matter since Mike was only talking to teammates in the clubhouse.

Pelfrey tells TMZ Sports, "It was in good fun. I thought it was funny. I probably could've done without the whole world seeing it."

But the best may be yet to come -- MP says, "I got a lot of calls from people in Wichita that want me to give speeches -- car dealerships, my buddy's daughter's basketball team."

Do it for the Gipper, Mike.