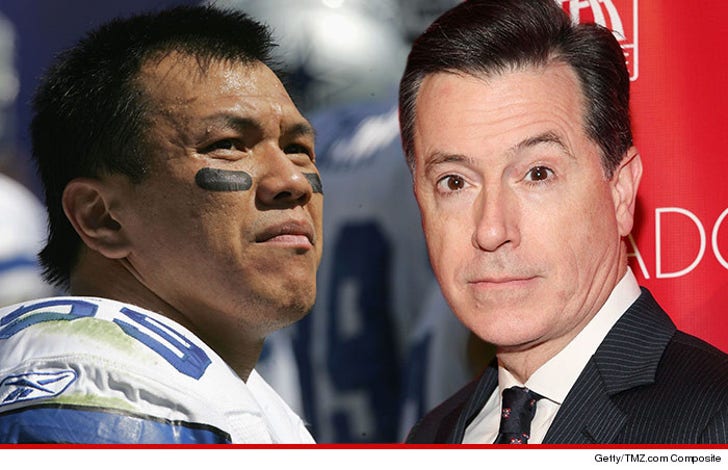 Stephen Colbert can try to blow off his "Ching Chong Ding-Dong" skit as a joke all he wants -- former NFL All-Pro Dat Nguyen thinks Colbert NEEDS to apologize, and he's shocked he hasn't yet.

Nguyen tells TMZ Sports ... Colbert's Wednesday night show was probably a "bad decision" on his part. If you haven't seen it -- Colbert mocked the Redskins name sitch by bringing up a recurring character from his show ... "Ching Chong Ding-Dong." 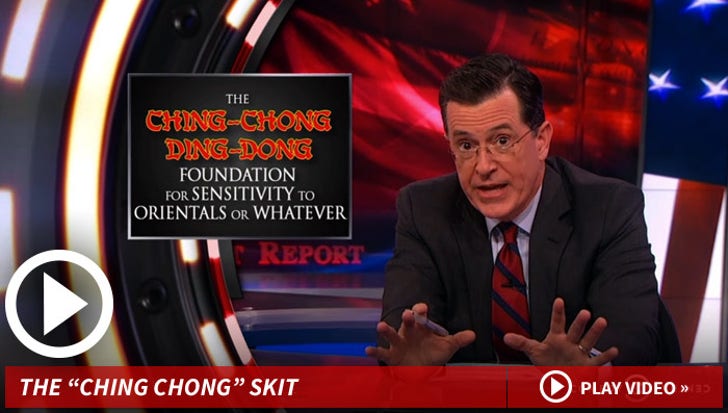 Colbert got blasted on Twitter ... in fact #cancelcolbert has been trending all day.

Ex-Dallas Cowboys star Nguyen says he's not buying the "just for comedy" excuse -- telling us, "Whether you think you're right or wrong, if people are hurt, you should apologize."

Nguyen -- who is Vietnamese-American -- compared Colbert's comments to Riley Cooper ... the Eagles receiver who screamed the n-word at a concert last year.

Cooper had to apologize, and Nguyen says Colbert should too because ... "Asian Americans are the same as African American, Hispanic Americans, anyone, we deserve to be respected too."

Colbert doesn't seem concerned about the backlash -- the show's been retweeting the #cancelcolbert comments.