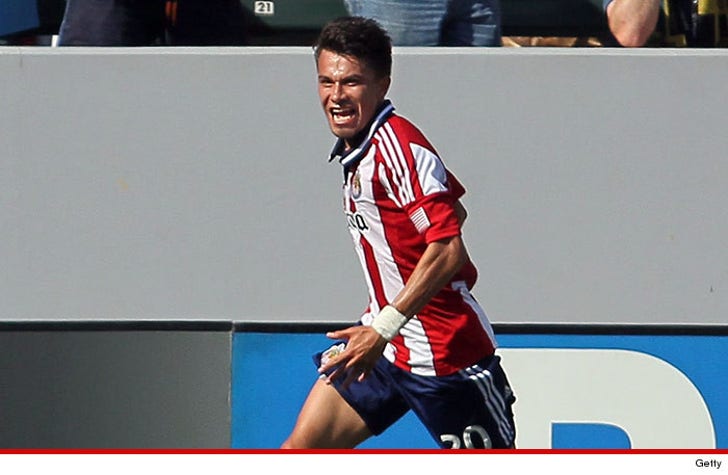 MLS player Carlos Alvarez isn't shocked white people are now officially a minority in California because as he puts it, "Latinos have a lot of kids" -- but he tells TMZ Sports he thinks this is the beginning of a revolution.

We spoke to the Chivas USA midfielder about the huge news that Cali's Latino population hit 39% this month ... edging out the white population (38.8%) for the first time.

23-year-old Alvarez is 1 of 6 siblings raised in East L.A. -- born to Mexican immigrant parents -- and says almost everyone he grew up with was also a 1st generation American from a large family.

Alvarez says he thinks the Cali milestone could be huge for the Latino-American community -- "This might cancel people's fears about going to the polls" because they'll feel better represented.

Alvarez is a registered voter, but says he's still trying to convince his own parents to turn out on election day.

He adds, “This is a teaching moment for our community to really understand and make sense of the issues – and get out there and vote!