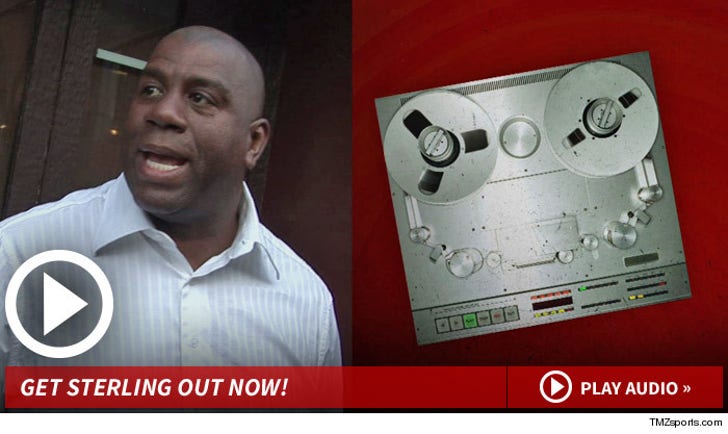 Now that Magic Johnson has had a little time to process the racist comments of Donald Sterling -- directed at Magic himself -- he's very clear ... Sterling either has to sell the L.A. Clippers voluntarily or he should be forced to do it.

Magic tells TMZ Sports ... "He's got to give up the team," adding there's no place in the NBA for a racist.

And Magic says, Commissioner Adam Silver needs to give the ultimatum to Sterling -- sell or else.

Magic reaffirmed his call for a boycott by African-American fans, adding he will NEVER go to a Clippers game as long as Sterling owns the team.

And, listen to how he feels personally betrayed.