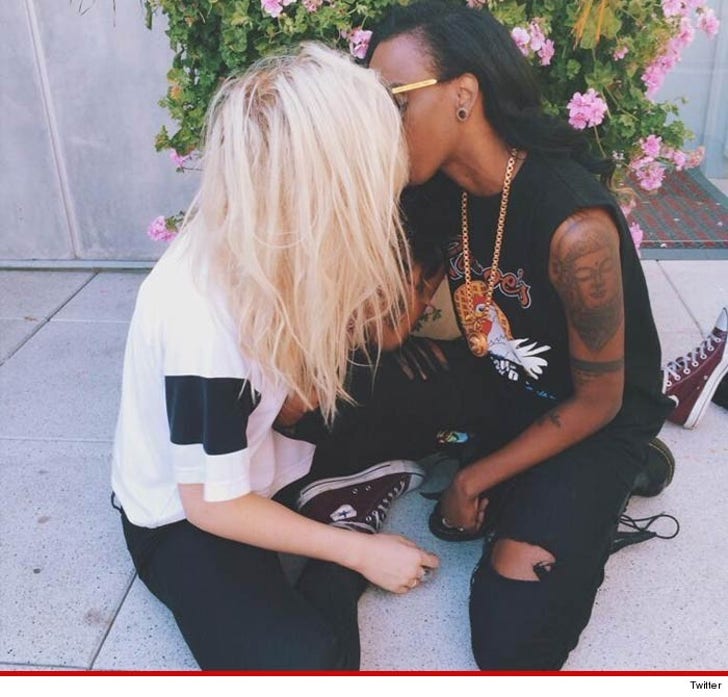 Ireland Baldwin and singer/rapper Angel Haze are getting pretty cozy on social media these days, and Ireland took it a step further this week by posting a photo of the pair kissing.

Ireland, who is 18, posted and captioned the pic, "happy cinco de mayo xx." Angel has publicly identified herself as pansexual, and has a Twitter feed filled with photos of Ireland -- there's a flirtatious vibe to many of them.

Baldwin recently broke up with Slater Trout who IDs himself on Twitter as a "professional stand up paddle surfer & racer."