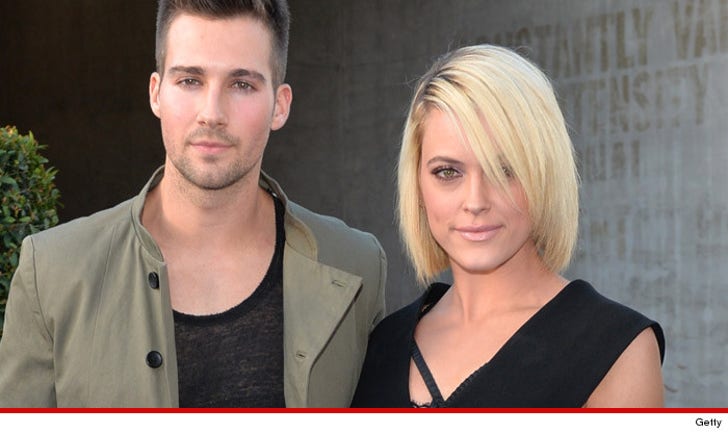 James Maslow's fans are fuming mad he got kicked off "Dancing With the Stars" this week ... claiming a glitch in fan voting might have cost James votes ... TMZ has learned.

Maslow and his partner Peta Murgatroyd got the ax on Monday's show, despite not finishing with the lowest score from the judges (that would be Candace Cameron Bure and Mark Ballas).

Several fans have voiced outrage over Facebook voting, claiming votes for James and Peta were instead counted for Meryl and Maxim (see below). 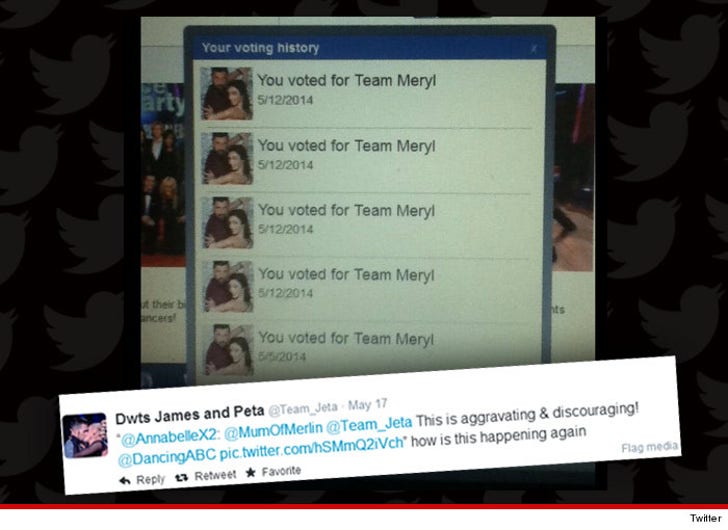 But a rep for ABC claims despite the automated Facebook response ... the votes were all counted correctly. The rep blew off the apparent error as a "caching anomaly" that only affected a small amount of users.

Tell that to James and Peta.