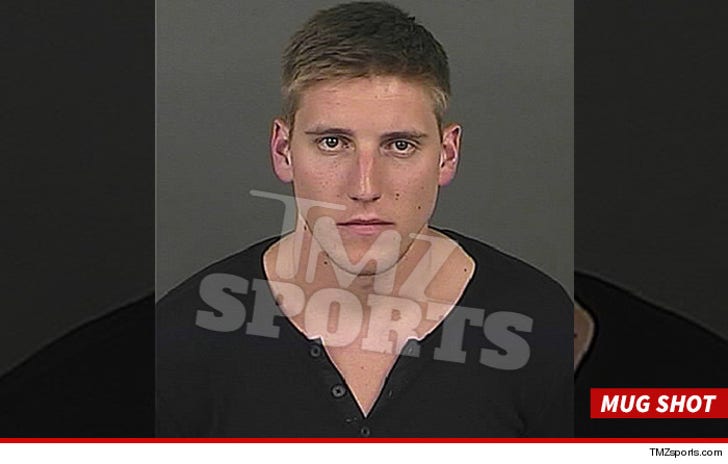 TMZ Sports has obtained John Elway III's mug shot ... taken after he was arrested in Denver for allegedly ripping his girlfriend out of his car by her hair.

According to the police report, obtained by TMZ Sports, Elway's girlfriend claims she was having a verbal dispute with the 24-year-old around 1:40 AM on May 31st ... when he stopped the car and things got violent.

"Elway got out and proceeded to pull [victim] out of the vehicle by her hair causing her hair extensions and some of her real hair to be ripped out."

The GF says she attempted to stand up and get back in the car but Elway "pushed her down to the ground again."

The GF claims she suffered scrapes to both knees. Elway was tracked down and arrested for disturbing the peace and assault. Bail was set at $550. His father picked him up from jail.

FYI -- Elway III was a former college quarterback who was a member of the Arizona State University football program before quitting the team a few years ago.