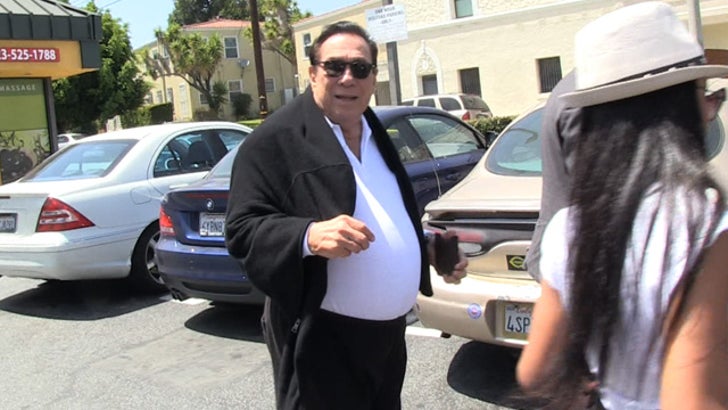 Donald Sterling is pressing more flesh in the Black community these days than Al Sharpton, Jesse Jackson, and Bill Clinton combined -- and his mea culpa tour made a delicious stop today ... for burgers.

The soon-to-be ex-owner of the Clippers did lunch at Mo Better Burgers in L.A. -- a favorite spot for people of all colors ... such as Dr. Dre, Tone Loc, and Mayor Eric Garcetti.

On his way out ... Donald kept mum about dropping the NBA lawsuit -- but watch happened when we asked about his meal. He dropped not one ... not two ... but THREE kisses on the African-American cook who, for some reason, walked him out to his car!

He also gave us a review of the burgers. Finally, some advice from Sterling you might actually take.