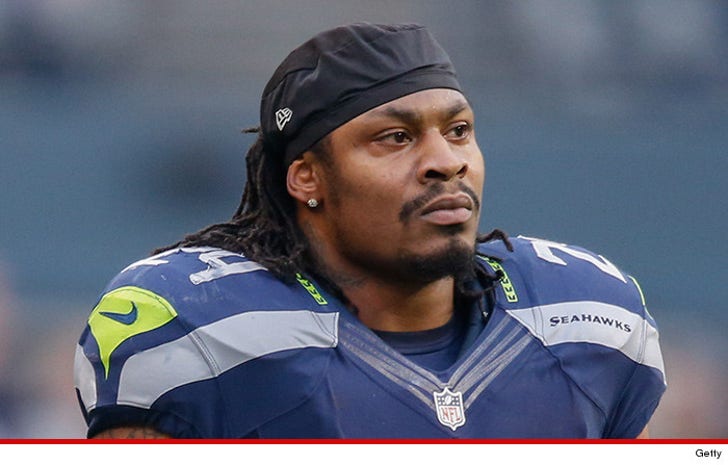 Beast Mode was switched to the "off" position at a San Francisco nightclub this weekend ... so says a famous rapper who tells us Marshawn Lynch was in the building during a heated altercation between two rival rap crews, but the RB kept his nose clean.

TMZ Sports spoke with Mistah F.A.B. ... who was at Mezzanine nightclub when things got heated between his crew and D.J. Mustard's crew during a Sunday night event called "Young California."

Sources told FantasyAlarm.com that Lynch, F.A.B. and their friends rushed Mustard and his crew and attacked them over comments Mustard made on a NYC radio station.

While F.A.B. tells us there was definitely high tensions between the two crews -- things never came to blows ... with the rappers adamant that Marshawn was NOT involved in anything physical.

We reached out to Marshawn's people -- so far, no word back. A rep for the club had no comment.