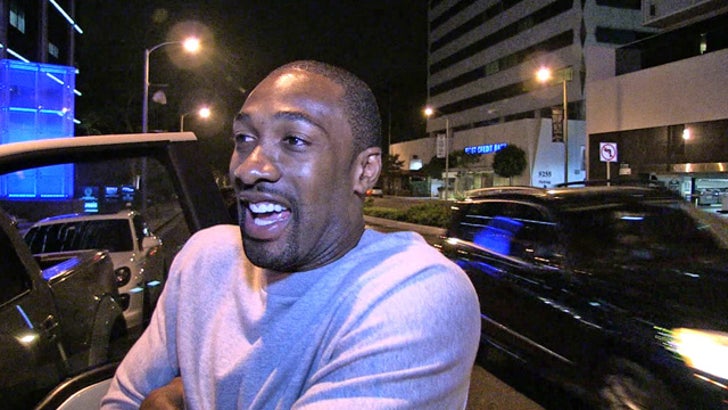 NBA superstar Gilbert Arenas came face-to-face with a couple of morons on the Sunset Strip last night -- who tried to troll the 32-year-old over his infamous gun incident ... but Arenas handled it like a pro.

Arenas was walking into Boa Steakhouse with his reality superstar wife Laura Govan when two of the girls from "Famous in 12" began screaming, "Ahhhh don't shoot!!!"

Arenas turned around and hit 'em with a one-liner that put 'em right in their place.

After dinner, Arenas said he understands why a desperate family hoping to get famous would resort to such a moronic scheme ... but says if they REALLY wanna make in Hollywood, there's one BIG THING they need to change, stat.