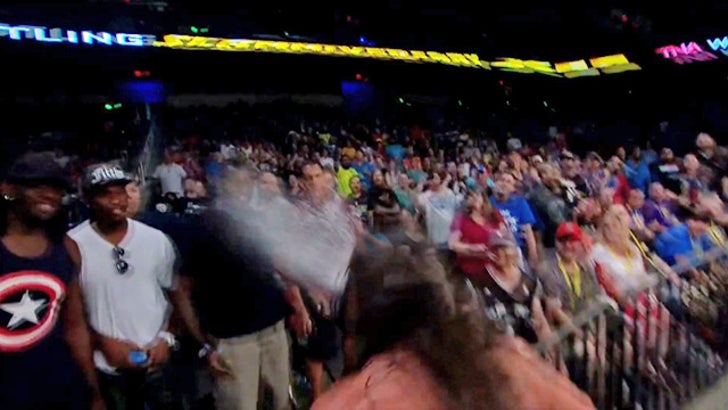 A bunch of Dallas Cowboys players had to be restrained at a TNA Wrestling event Sunday night when one of the wrestlers spit beer at 'em ... and all hell broke loose ... in a scripted, wrestling sorta way.

It all went down at TNA Wrestling Slammiversary XII -- where bad guy "The Cowboy" James Storm went over to a bunch of Cowboys players in the stands (including starting defensive end George Selvie) and fired a mouthful of beer at the guys.

Selvie -- along with teammates Ben Bass, Nick Hayden, Tyrone Crawford, Caesar Rayford and Martez Wilson -- went crazy ... but were held back by security.

Don't worry ... Selvie eventually broke loose and got his revenge!!!!!