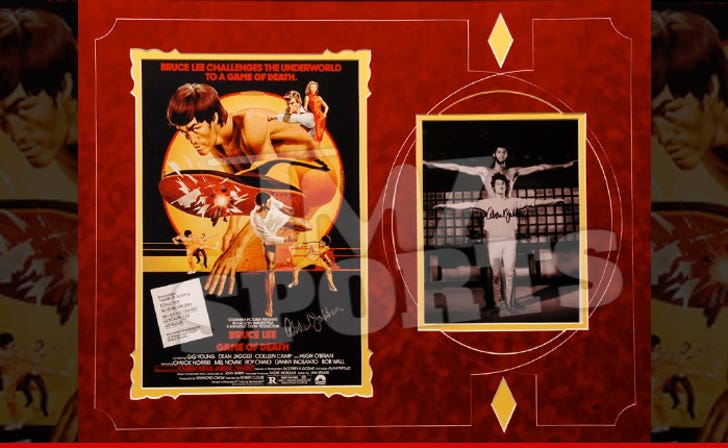 Here it is ... a photo of the Bruce Lee poster that Kareem Abdul-Jabbar is going to war over ... and now we totally understand why -- it's pretty awesome.

The piece contains a poster from the 1978 flick "Game of Death" -- where Bruce and Kareem beat the crap out of each other ... until Lee eventually takes out KAJ's character in an epic fight scene.

The poster is currently in the possession of Julien's Auction House -- which claims it obtained the item fair and square (and an arbitrator agreed) ... from KAJ's LLC... but he is still suing to try to get it back.

Kareem's also fighting over 151 other items -- including
a rocking chair he got as a gift during his farewell season in 1989 (that's his son singing the national anthem!).

Julien's says the plan is to eventually auction off both items -- and Kareem can feel free to bid ... if he feels like it. 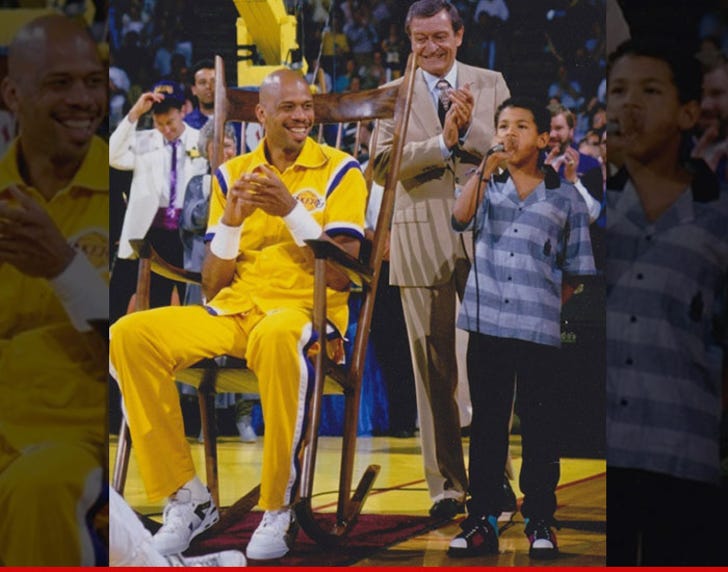 "I was very emotional" he told us in a statement, "this chair has been in my home since 1989 and it's the place I like to sit and read."

"While I much prefer to be on a basketball court, Julien's has forced me into Superior Court to obtain the return of my personal property. I have faith in the judicial process and fully expect to win this dispute."