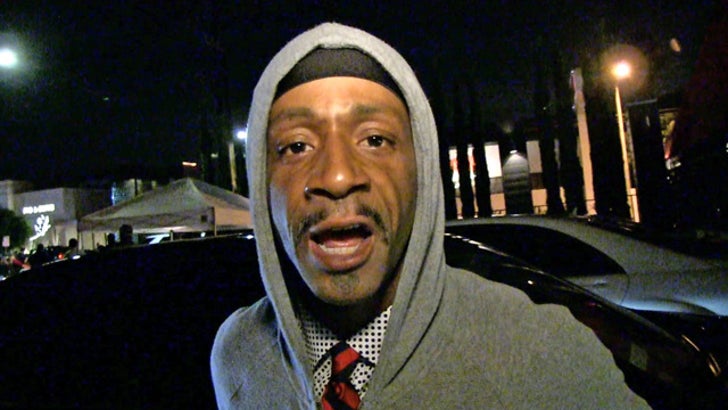 Katt Williams is mad as hell -- again -- and this time he's taking aim at Shaquille O'Neal for jumping into the world of comedy ... which Williams says he's got NO BUSINESS doing.

Our photog asked Katt who is the funniest athlete -- and he launched into a rant about Shaq and his "All Star Comedy Jam" on Showtime. Katt even kept the bus in reverse to roll over Russell Simmons and the famous "Def Comedy Jam" too.

The clip is classic Katt -- he's not impressed by their millions -- and after ripping Shaq and Russell, he still had enough venom left to spit a major jab at Kevin Hart ... who is at least in Katt's weight class.