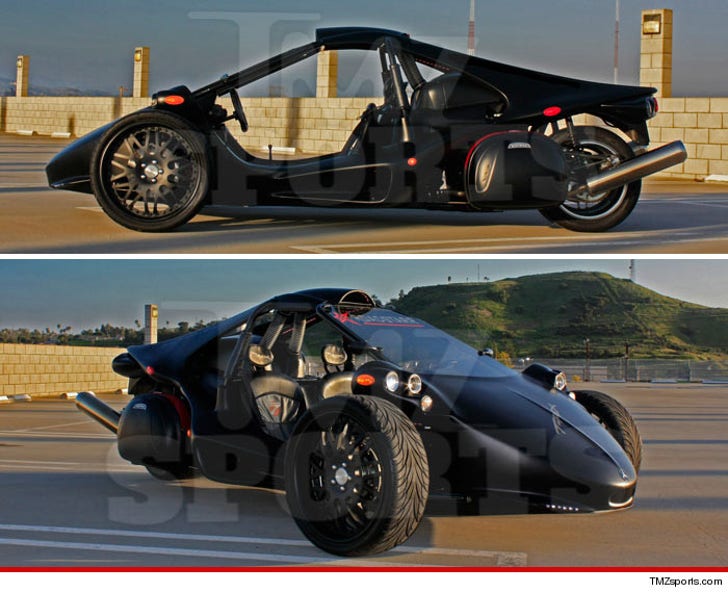 San Francisco 49ers tight end Vernon Davis finally got his hands on the $100,000 toy he's been after for years -- a brand new customized T-Rex that looks like it's straight outta the Bat Cave.

The folks at RoadStarr Motorsports tell TMZ Sports ... Davis recently picked up a 1400RR, which had to be converted to hold his 6'3", 250 pound frame.

We're told they took apart the whole 3-wheel bike, raised the roof ... stretched out the frame -- and then packed it full of some SICK features.

Vernon's T-Rex has speakers inside and all around the bike, touch screen stereo system with navigation and reverse camera, smoked out lights, and a string of LEDs at the bottom. Plus, the thing does 0-60 mph in under 3 seconds!

Davis has been after a T-Rex since at least 2012 ... when he appeared on a video game talk show called "The Jace Hall Show" and tried to buy one off the host.