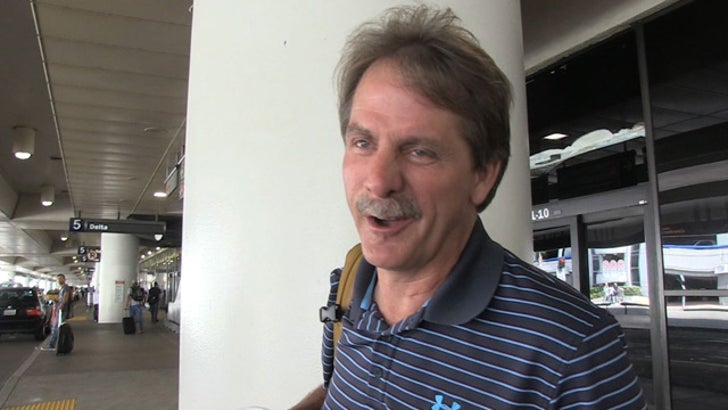 Johnny Manziel's 1-finger salute ain't sittin' well with the redneck community -- at least according to the official redneck spokesperson Jeff Foxworthy who tells TMZ Sports the dude has NO CLASS.

The legendary Blue Collar comic was out in L.A. when he told us why Johnny's televised bird during "Monday Night Football" exposed the "real" Johnny Manziel.

Foxworthy also explained why flippin' off a pack of 300-pound beasts who run a 4.6 is a terrible idea -- check out the clip.