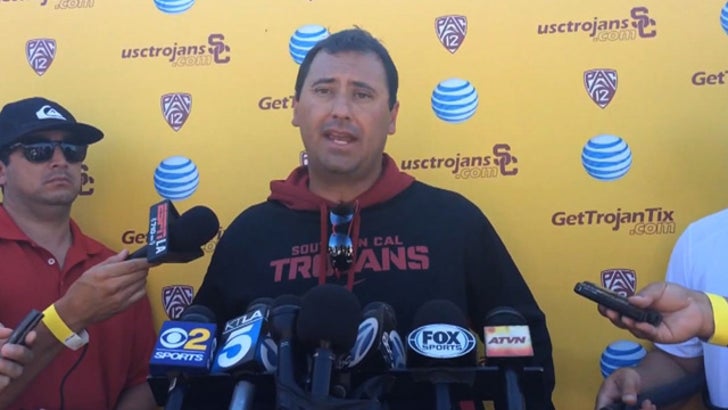 Steve Sarkisian held a news conference this morning and said, "In this day and age ... I'd be foolish not to push everything up the ladder."

Sark says he'll have little to say about Shaw while he lets USC officials handle the investigation into what really happened to Shaw's ankles -- injured while saving a drowning child, or while mysteriously "shimmying" down the side of a campus building.

Watch the clip ... 'cause toward the end it sounds like he takes a shot at how other coaches have handled recent scandals.