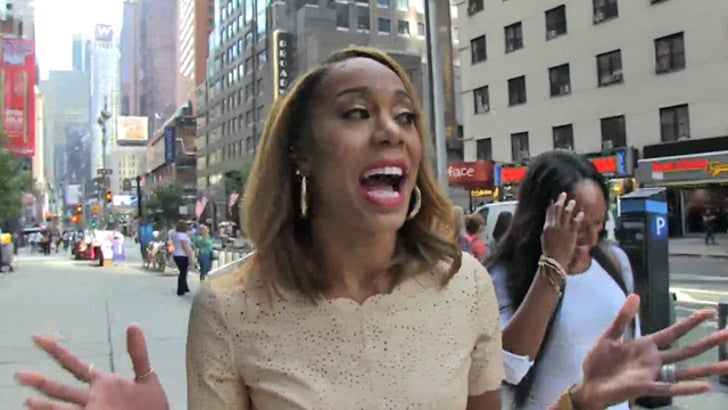 Oscar Pistorius should be BANNED from running track FOR LIFE ... so says U.S. Olympic legend Sanya Richards-Ross ... who says it pains her to say it because she used to be tight with Blade Runner.

Sanya -- who won FOUR gold medals from '04 to '12 -- was out in NYC when we asked her about the International Paralympic Committee's pending decision on whether Oscar should be able to compete in the next Paralympics.

Of course the controversy stems from the fact that Oscar was convicted of manslaughter in the death of his GF Reeva Steenkamp ... and the IPC has said it would make a decision about Oscar's future based on his upcoming sentencing.

But Sanya has already made up her mind -- "At the end of the day, there was a woman that ended up dead. I don't think he should have the privilege of competing in the sport anymore."

Sanya says the two were close friends before the incident -- and she never would have guessed he had it in him to kill someone, but it's clear from the video that Sanya firmly believes Oscar should be persona non grata on the track for the rest of his life.