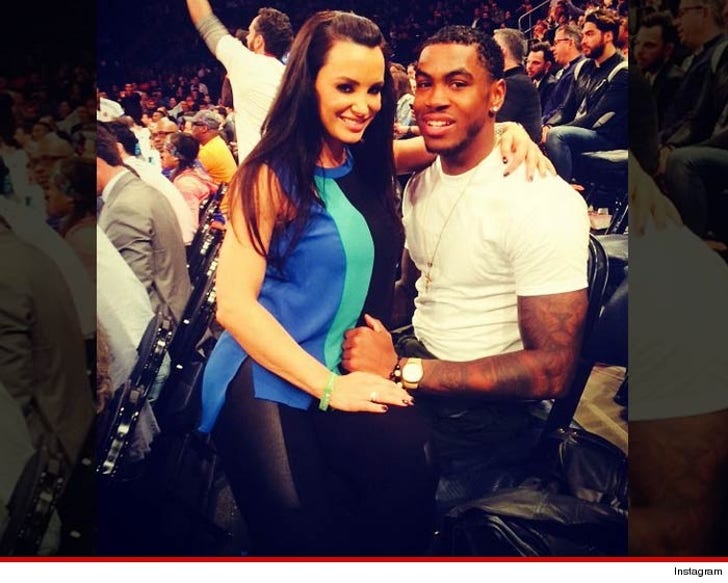 Brent, who's just a freshman, mind you ... took 42-year-old Lisa Ann to the Knicks game at MSG where they were all over each other during what our sources say was an official date.

We're told they met earlier this year while Lisa was traveling, and in a cougar hall of fame move -- she made the first move and gave Brent her number.

Not by coincidence, we're sure ... Notre Dame football has a bye this week. As for classes? If you're a teenage guy with a shot to bang the star of "Who's Nailin' Paylin" ... you're not thinking about philosophy 101.