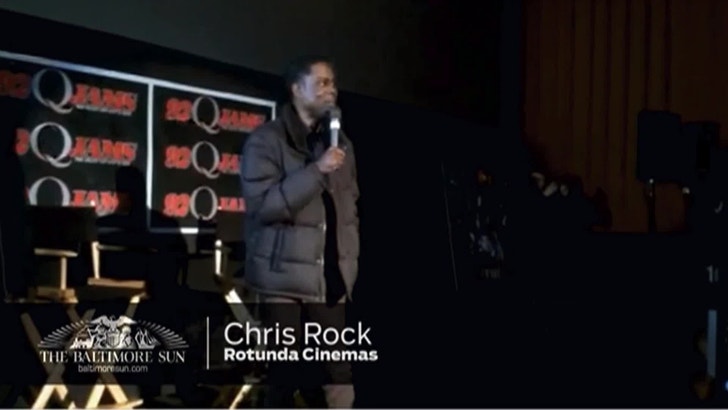 Apparently, Chris Rock is not a Ben Roethlisberger fan -- calling the Pittsburgh Steelers QB the "Original Cosby" during a media event in Baltimore last night.

Rock was addressing the crowd before a screening of his new movie "Top 5" when he said, "I was getting ready to say something really bad about Roethlisberger ... he's the original Cosby."

Roethlisberger was first accused of sexually assaulting a woman in Lake Tahoe back in 2008. He ultimately settled with his accuser and was never charged with a crime.

The second alleged incident went down in Georgia in 2010 ... when Ben allegedly assaulted a woman in a nightclub bathroom. He was investigated by cops but never charged with a crime.

Ben was never accused of drugging the women ... unlike Bill Cosby who has been accused of giving women pills before taking advantage of them.

After Rock cracked the joke ... he realized the comment might spark some controversy -- saying, "That's horrible ... that's gonna go everywhere."

Props to our friends at the Baltimore Sun for getting the video.