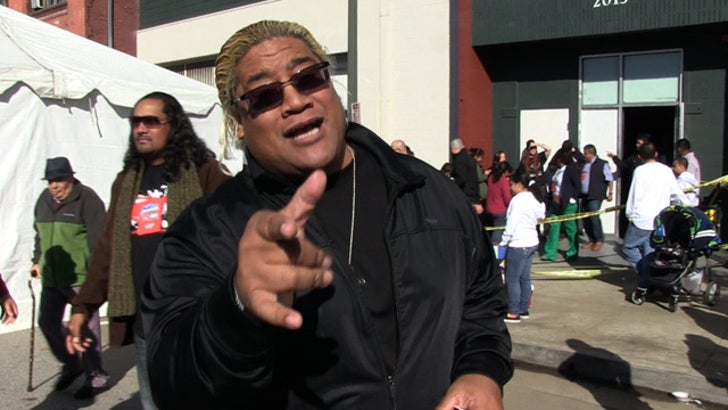 They have two of the most GIGANTIC asses on earth ... but former WWE star Rikishi says he wants to end the speculation and finally challenge Kim Kardashian to an official BOOTY CONTEST!

The 49-year-old was at the Miracle on 1st Street toy giveaway at the Hollenbeck Youth Center in L.A. this weekend -- when he brought up his most famous feature ... dat butt.

Of course, Rikishi's gargantuan ass was so famous back the day, he used it in his finishing move -- The Stinkface -- where he would run his whole 'donk in his opponents face.

But Rikishi says it's finally time to crown a big ass champ ... and it sounds like he's ready to break out the measuring tape!!