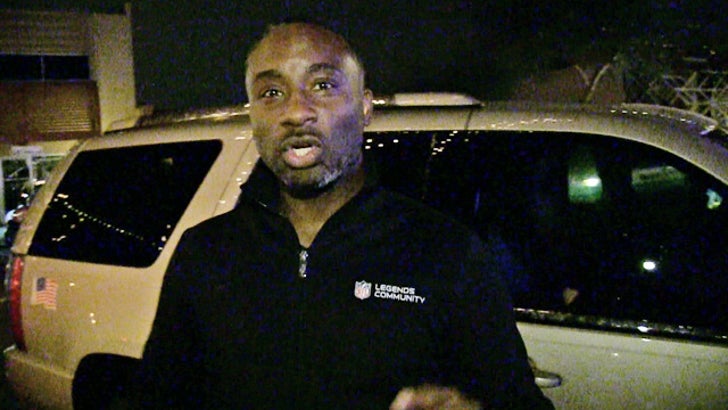 Did you know ... LeBron James was offered a FOOTBALL scholarship to Notre Dame in 2000 by then-wide receivers coach Urban Meyer?

Of course, he turned it down ... and then skipped college altogether to pursue that other sport ... but he could have been one of the greatest WR's of all time ... so says ex-NFL star Raghib "Rocket" Ismail.

Rocket -- who was a star at ND back from '88 to '90 -- tells us had LeBron stuck with football, he coulda been like "Calvin Johnson on steroids."

As for Urban, he feels the same way ... and has previously said James woulda been a 1st round NFL Draft pick and a definite Hall of Famer.