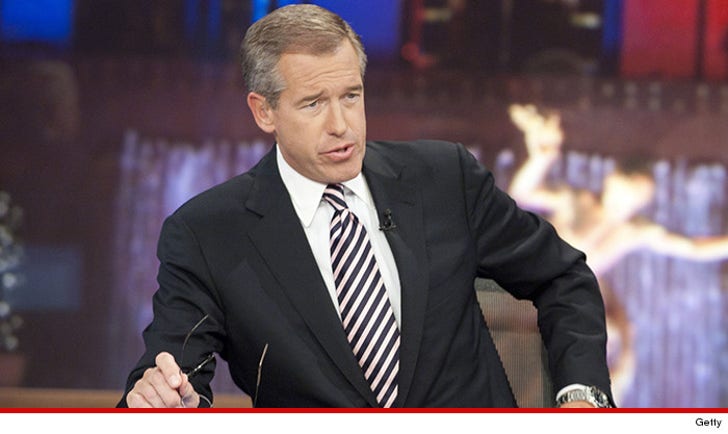 Brian Williams says he is taking himself off the nightly news for a short time ... while NBC investigates an apparent lie he told about his helicopter being shot at in Iraq.

Williams said in a statement, "In the midst of a career spent covering and consuming news, it has become painfully apparent to me that I am presently too much a part of the news, due to my actions."

Williams continues, "As Managing Editor of NBC Nightly News, I have decided to take myself off of my daily broadcast for the next several days," but Williams says he will come back, adding, "Upon my return, I will continue my career-long effort to be worthy of the trust of those who place their trust in us."

This comes at a horrible time for NBC. The network is in the middle of sweeps and it gives ABC and it's new anchor, David Muir, a big chance to capitalize on the turmoil over at 30 Rock.