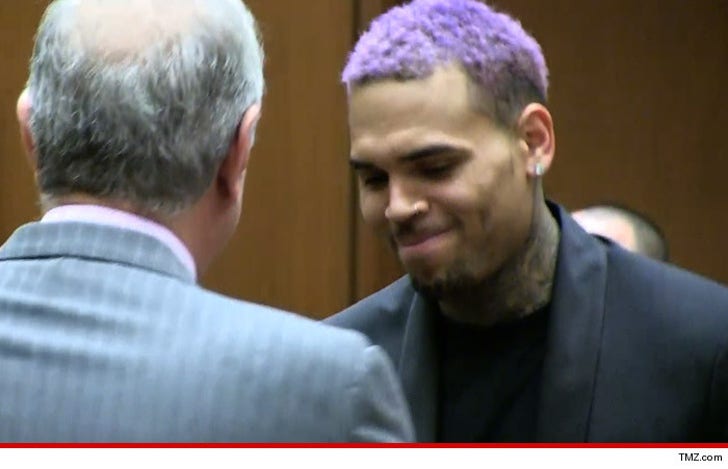 2:15 PM PT -- The judge just signed off, and Chris is officially off probation ... and out of the legal system. It's been 6 years and 1 month since he beat Rihanna on the night before the Grammys.

Chris Brown just caught a big break ... the probation dept. has backed off its recommendation that Chris be thrown in jail ... TMZ has learned.

As you recall ... the judge revoked Chris' probation after the probation dept. issued a scathing report, claiming Chris had a knack for finding trouble, and they highlighted the fact that he was present during 2 shootings ... one in San Jose and another at 1OAK where Suge Knight got shot.

Chris' probation officer also had issues with the fact Chris didn't get permission to leave L.A. County when he performed in San Jose. The probation dept. recommended Chris serve time in jail.

But now the probation dept. has done an about-face. We've learned his probation officer submitted a glowing report to the judge in the Rihanna beating case, saying Chris has done all of his community service and they're satisfied with his excuse for travelling to San Jose.

Short story ... Chris is in court Friday afternoon, and it's all but certain the judge will reinstate his probation and let him go on his merry way. 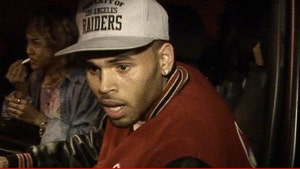 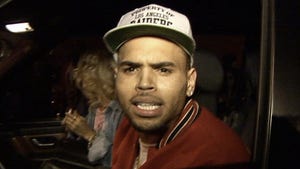 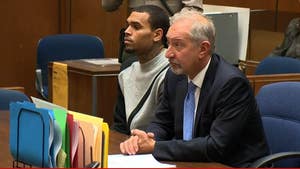 Chris Brown -- I Got a New Part Time Job