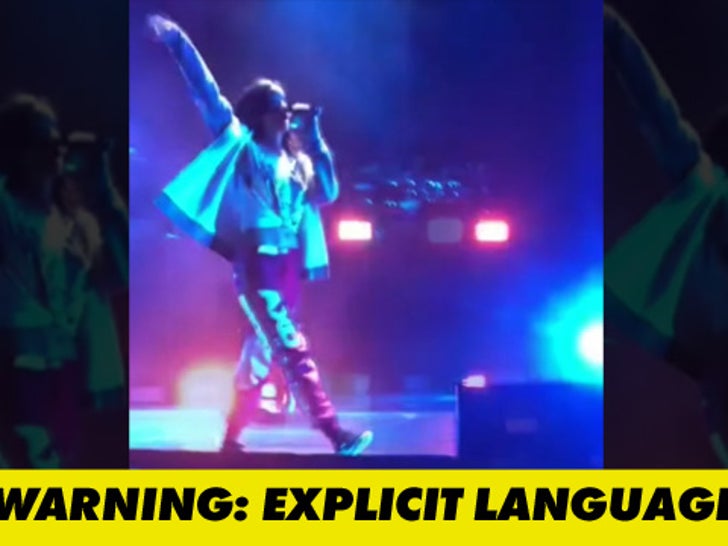 Rihanna knows where Indiana lawmakers can stick their Religious Freedom Restoration Act -- and basically told 'em to their faces during a performance in the state capital.

RiRi went into political overdrive at the March Madness Music Fest over the weekend, and fired up the crowd by saying, "Who's feeling these new bulls**t laws they're trying to pass around here?"

Her rant continued with even more profanity as she launched into her hit, "Live Your Life."

Check it out -- based on the crowd's reaction ... there's strong support for the proposed changes to the law.