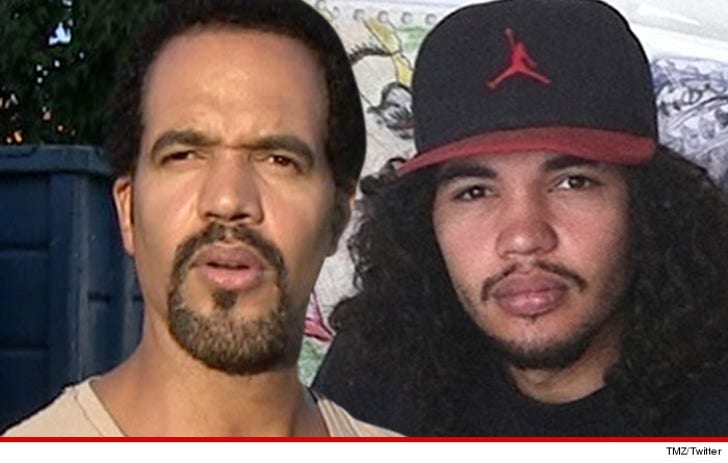 Kristoff St. John is suing the hospital where his son committed suicide -- blasting the mental facility for giving him access to the plastic bag he used to kill himself.

The "Young and the Restless" star's 24-year-old son Julian St. John killed himself in November while getting treatment at La Casa Mental Health Hospital in Long Beach. He was found dead in a bathroom with a plastic bag over his head.

The reason for Kristoff's wrongful death lawsuit -- he says his son did the same thing less than 3 weeks before his death ... attempting to asphyxiate himself with a trash bag from his room. In the wrongful death suit, Kristoff says after that failed attempt ... the hospital never removed the trash bags from his room.

In his lawsuit, Kristoff says there's evidence the nurses were falsifying records. He says staffers were supposed to check on Julian every 15 minutes because he was a high suicide risk -- but records show they were logging welfare checks before they even happened.

For instance, Julian was pronounced dead at 1:44 PM, but nurses had already logged 6 welfare checks between 2 PM and 3:15 PM.

Kristoff feels the facility was negligent in its supervision of his son -- and if the staff had "acted with even the slighted regard for Julian's safety, he would still be alive today."

We've reached out to the hospital. No word back yet.