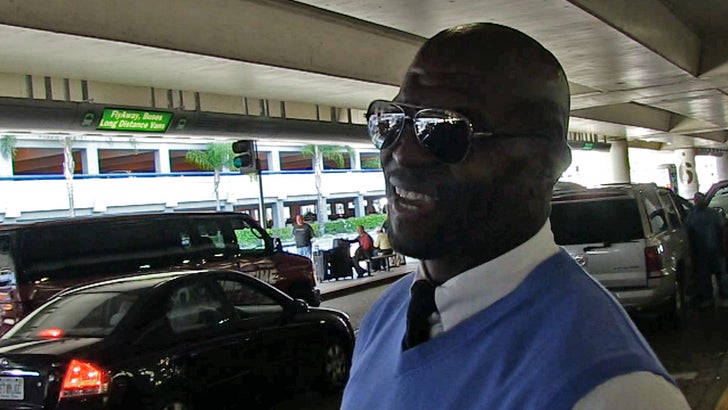 The Rock might be out of a job soon ... 'cause Terry Crews tells TMZ Sports DJ's standing as the world biggest action star is in peril ... from UFC superstar Ronda Rousey.

Crews was at LAX when we asked the "Expendables" star if his co-star Ronda Rousey has any future on the silver screen .

It's a good question ... considering the fact that racking up the credits as of late, starring in huge blockbusters like "Furious 7" and "Entourage."

Check out the clip -- Crews doesn't just think RR can have a career in action flicks, he says she could be the BIGGEST ACTION STAR OF ALL TIME.

She's pretty awesome ... although we have no reason to believe she can perform for more than 14 seconds.