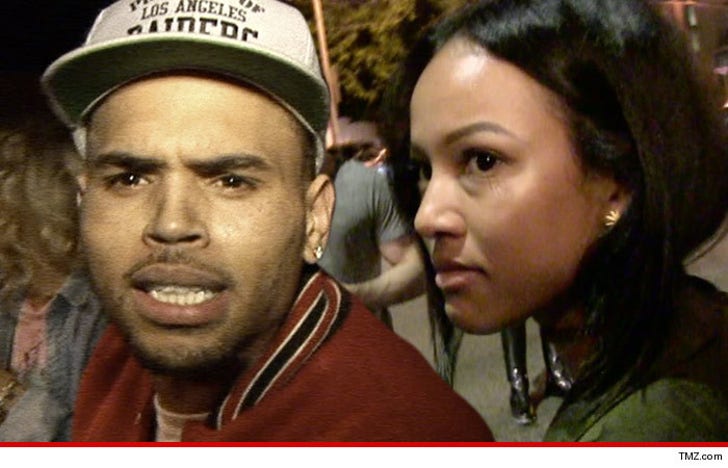 Chris Brown just tried to make nice with Karrueche -- after he went ballistic on her -- but she's having none of of, blasting him for essentially stalking her in an effort that's too little and way too late.

Chris started it by first attacking his former GF, accusing her of doing interviews about him and their relationship. He Instagrammed, "Da f*** u keep doing interviews for. Yes, I have a daughter. And I'm going to man the f*** up and take care of her." And in case he wasn't clear, he added, "If there is no relationship the u shouldn't be doing f***ing interviews with people."

Karrueche just unloaded on Chris, saying, "Don't be mad at me because our relationship is over due to your lack of loyalty."

But then she fired the big guns, referring to the disaster last week when Chris ran into her at a club, saying, "You know what's weak?? You forcing yourself into my car ... my broken window ... blowing up my phone... trying to shower me w gifts ... Man the f*** up and change the bs in your life ..."

Chris just Instagrammed as if he didn't know what Karrueche said about him ... "I'm eternally thankful for you being in a part of my life. I've learned so much from you. I wish u nothing but happiness and the best."

And then there's this from Chris ... "All I was doing was trying to fight for the woman I love."