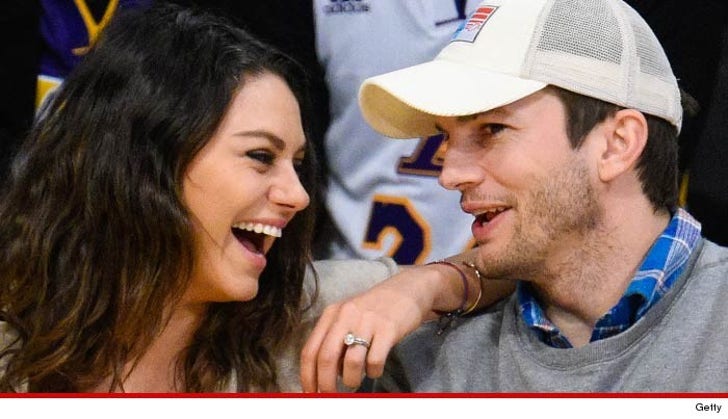 Kelso and Jackie finally did the deed -- that other one ... Ashton Kutcher and Mila Kunis have officially tied the knot.

The ex "That 70's Show" co-stars got married this weekend ... according to People -- and in classic Ashton form ... the whole thing was very top secret.

If you thought they were already married ... that's because there were a ton of rumors they said their I dos earlier this year -- and quite honestly, neither of them did much to squash the buzz.

Mila and Ashton had a baby girl in October. This is her first marriage ... and #2 for him.