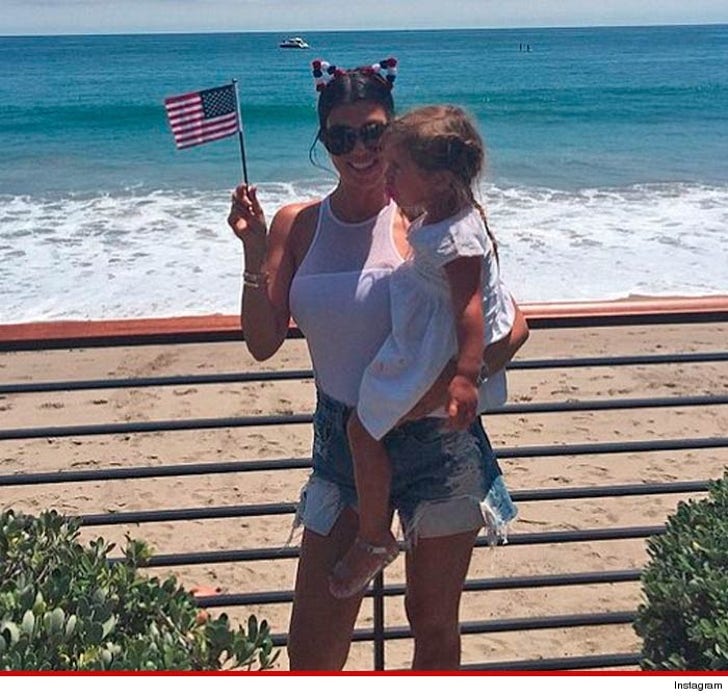 Kourtney Kardashian had her game face on Saturday, but it's all for show because she's livid at Scott.

Kourtney posed with daughter Penelope in Malibu, as baby daddy Scott Disick partied thousands of miles away in Monte Carlo with celeb stylist Chloe Bartoli. As we reported, Kourtney is boiling over with anger because she's convinced Scott and Chloe are hooking up.

The Kardashian blames it partly on Chloe, partly on what she believes is Scott's losing battle with substance abuse, and partly just plain on Scott.