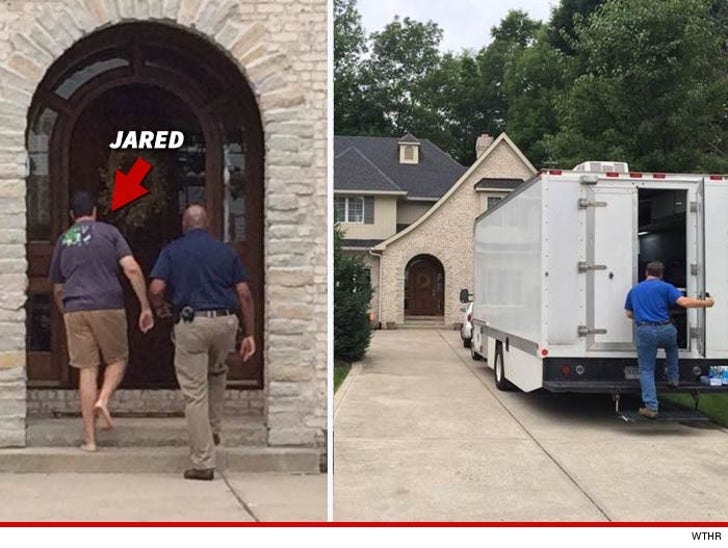 9:50 AM PT -- Subway released a statement saying, "We are shocked about the news and believe it is related to a prior investigation of a former Jared Foundation employee. We are very concerned and will be monitoring the situation closely."

7:30 AM PT -- We've obtained the criminal complaint against Taylor ... and it says police recovered a 4 GB thumb drive and his employer, the Jared Foundation, was listed in a file name. Inside that file was a folder labeled, "Good stuff." Cops found a bunch of child pornography in that folder.

Jared was seen walking into his home outside Indianapolis with one of the agents ... and investigators have a truck parked in his driveway. We've learned Indiana State Police are also on the scene.

Fogle said his foundation was severing all ties with Taylor immediately after the arrest. It's unclear if this morning's raid is connected to the charges against Taylor.