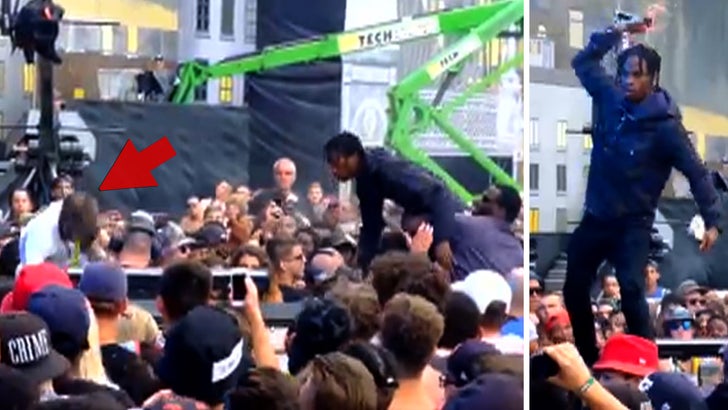 Travis Scott went mental after a fan attempted to steal a Yeezy 350 Boost off his foot mid-set at a festival in Switzerland.

The fan failed to make off with the Kanye-designed sneaker … but that didn't stop Scott from going berzerk. There's spitting, a water bottle gets hurled, and by the end of it Scott has the Swiss people chanting “f*** that bitch, f*** that bitch!” We know, so unlike the usually calm, neutral country.

The fan guy was removed by security, but not before Scott threw literal shade ... a pair of sunglasses.

The whole thing's bananas to watch considering Scott is signed to Good Music, Kanye’s label, so it wouldn’t be really difficult for him to get a new pair … at least, compared to the rest of us.