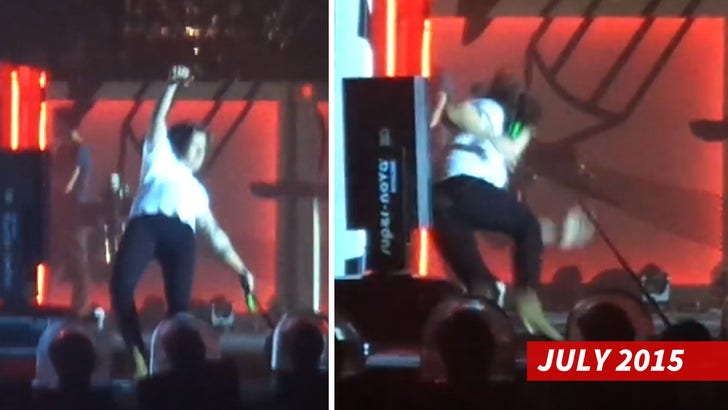 Harry Styles took a giant tumble during a concert, and it was absolutely crushing ... to his ego.

One Direction played San Diego Thursday night, and while they were singing "Through the Dark" ... Harry went down like a sinking ship. It looks like his mic stand got hung up on something.

Yeah, he could've just let go, but Harry committed to the fall ... and it's so funny ... the rest of the guys started laughing too. Don’t worry 1Ders … he’s physically fine. Emotionally, not so much. “If anyone had a video of that, just delete it” he told the crowd afterward.

Harry so knows this is gonna haunt him, like ... forever. 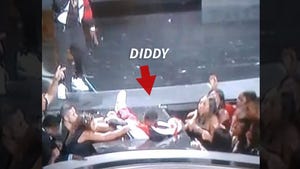 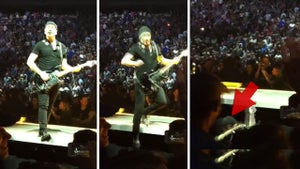 The Edge -- Too Close to the Edge During Concert ... Big Fall (VIDEO)