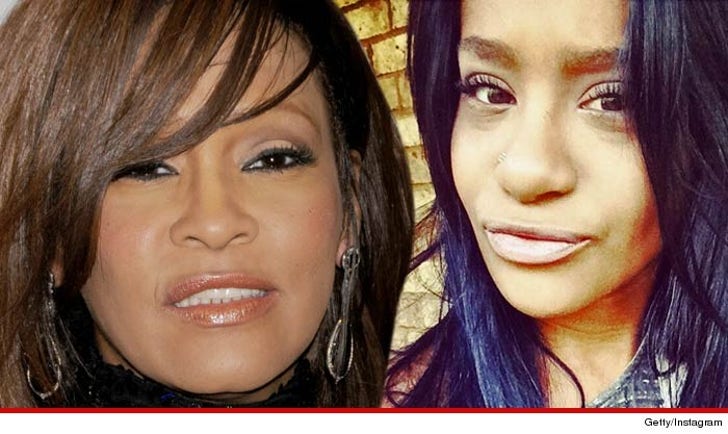 Bobbi Kristina was set to inherit at least $20 million when Whitney Houston died, but there were strings attached and it looks like most of that fortune will be determined by Whitney's wishes ... not her daughter's.

We've seen a copy of Whitney's will, which established a trust in which Bobbi Kristina got 1/10 of Whitney's estate when she turned 21.

Bobbi Kristina was set to get 1/6 of the balance when she turned 25, but that will not happen since she died tragically at 22﻿.

Whitney's will provided that if Bobbi Kristina died before reaching 25, all the money would go to the people Whitney designated. Translation, Bobbi Kristina had no authority to give away 9/10 of Whitney's fortune.

As for who Whitney designated ... mother Cissy and brothers Michael and Gary. The will also gives Bobby Brown a cut, but there's an issue. The will is worded to "my husband, Robert B. Brown." Obviously, the will was drafted before they divorced in 2007, and the issue is whether Bobby still qualifies since he is no longer her husband.

According to the law of New Jersey, where the will was drafted, Bobby will NOT get the money because being Whitney's husband is a qualifier which he no longer meets.