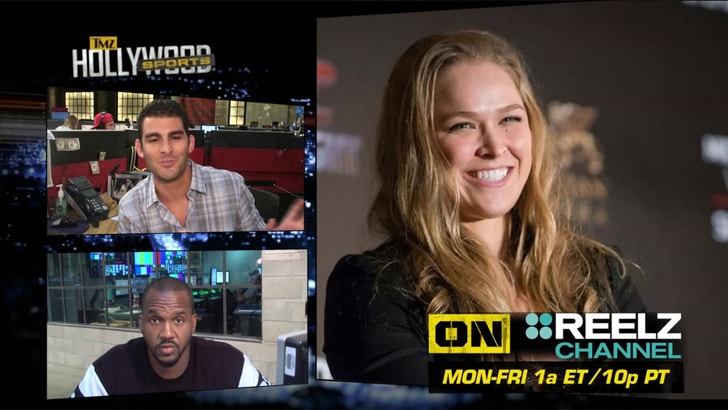 There will be no "Instagram Fight" at UFC 190 -- because Ronda Rousey says she doesn't wanna beat Bethe Correia in 14 seconds ... she wants to take her time and DEMOLISH THE CHICK!!!

Ronda just joined the guys on "TMZ Hollywood Sports" and told us she REALLY hates Bethe (whose name is pronounced 'Betch' apparently) ... and has a plan to make her suffer in Brazil on Saturday.

"If I beat you quickly, that's me at my nicest and most merciful," Rousey says ... "That means you get to go home unscathed with a paycheck."

"If I make the fight last longer, that means I don't like you and I want you to go home looking different than the way you walked in ... and I don't like this chick."