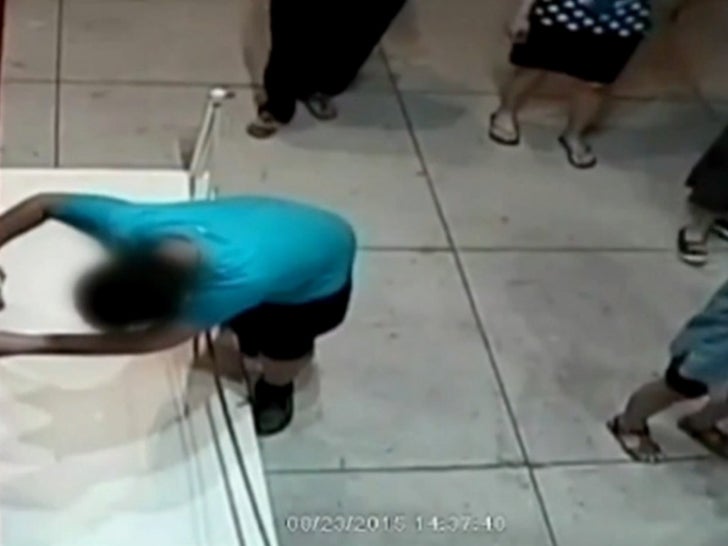 A 12-year-old kid walking aimlessly through a museum in Taiwan pulled the ultimate klutz move when he tripped and put his arm through a painting valued at well, an arm and a leg.

The work of art, titled 'Flowers,' by Italian painter Paolo Porpora is valued at more than $1.5 million ... it dates back to the 17th century and is the only painting by Porpora that's signed, according to the Guardian.

No word on what the museum plans to do with the ruined painting, it's fully insured of course. Whether the kid will face any consequences we don't know -- grounded for life, would suffice -- but it's a great excuse for all the 12 year olds out there for hitting the skatepark instead of the museum.