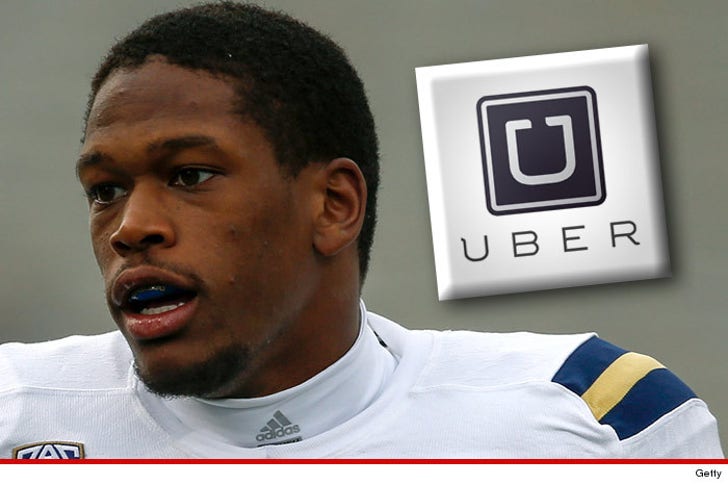 The Uber driver who claims he was robbed by UCLA football star Ishmael Adams says the guy was acting "drunk and belligerent" from the moment he got in the car ... and he claims Adams got violent when he tried to kick him out of the ride.

TMZ Sports spoke with the Uber driver who says he had no idea Adams was a football player when he picked him up from an L.A. mansion last weekend ... but claims the guy was acting like a jerk from the start.

"I warned him to stop [acting belligerent] three times. He didn't.".

The driver -- concerned for his own safety -- says he drove to the UCLA police station and told Adams to leave the car ... and that's when Ishmael allegedly got aggressive.

"He assaulted me," the driver says ... who also claims Adams forcibly took his cell phone. "He was mad I kicked him out of my car."

Eventually, cops came out from the station and arrested Adams -- who's been suspended indefinitely from the UCLA football team.

"I let him out right in front of the gate where the police go in and out. I saw 1 or 2 cameras there. So he can't say it didn't happen."

We reached out to Adams for comment, so far no word back. UCLA told us they couldn't discuss a pending legal matter.

By the way, the Uber driver says when the incident went down ... "it was only like my 4th day working for Uber."