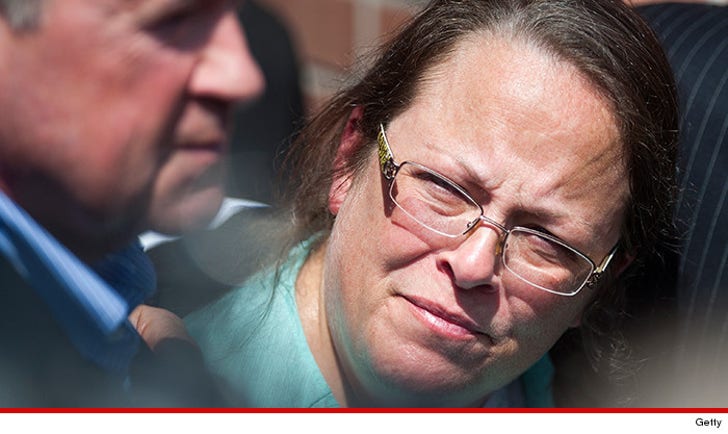 Kim Davis may have a fundamental problem with marriage between same-sex couples, but she's certainly not saying all relationships between men and women are good, because she's had an incident violent enough that the courts got involved.

The now-famous county clerk had 2 children out of wedlock with Thomas McIntyre. According to court docs obtained by TMZ, on May 14, 1996, McIntyre went to Davis' home to visit the kids. He saw a bouquet of flowers on her kitchen table, and he got jealous.

According to the docs, McIntyre called Davis a "whore," and she slapped him and ordered him to leave. He challenged her to hit him again, and she said she didn't want to strike him and then picked up the phone to call the cops. She says he then ripped the phone cord out of the wall. 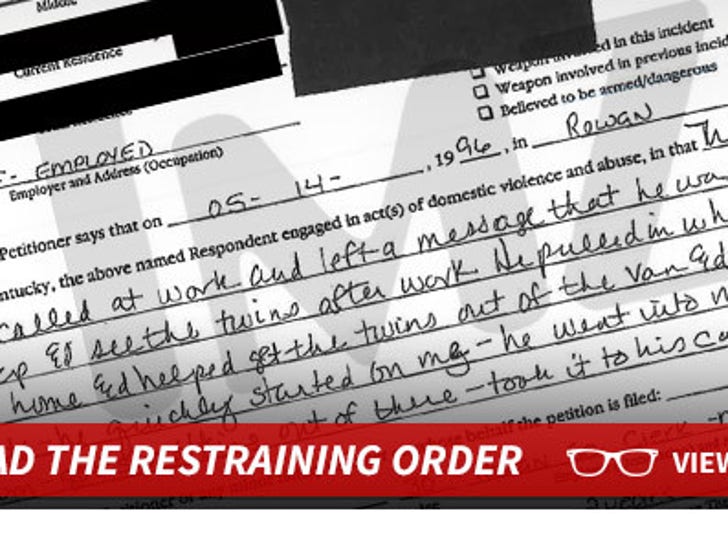 Davis says they began arguing and she slapped him again after he refused to leave the house.

When he finally left he said, "I see you in jail," and she responded, "No, in jail's where you'll be."

Davis went to court and got a restraining order, prohibiting McIntyre from coming within 1,000 feet of her and the kids.

P.S. She married McIntyre in 2007, but divorced him a year later. 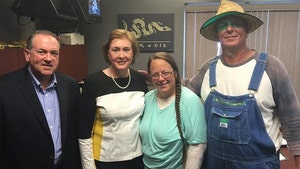