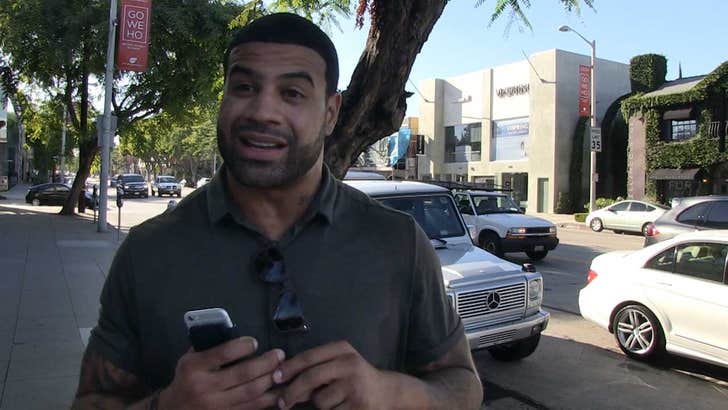 Michael Sam is making the right moves to get another shot at making it in the NFL, but it'll take divine intervention for him to beat Tim Tebow back to the league ... according to ex-player Shawne Merriman.

Merriman says he's talked to Sam about his effort to get on an NFL roster -- and thinks firing his publicist is a good FIRST move. Still, he says Sam has one major hurdle before he can convince a team to call ... something Tebow is making a habit of doing.

Tim's made it to 3 more squads since the Broncos dumped him, and Merriman thinks he's a lock to get a 4th chance ... maybe even this season. Check out why he thinks it isn't going to happen for Sam though -- not yet, anyway.